As the first museum I chose to walk through here in Florence, the Uffizi did not disappoint. Housed in a grand palace, the Uffizi features many famous paintings and sculptures. Built in 1581 by Granduca Francisco de’ Medici, he planned for the gallery to extend to the Arno and be constructed next to the Medici’s own palace. Despite difficulties during its construction, it was built rapidly and became an important place to many of the time’s leading artists, not only for its beauty but also as a workplace and area to relax. Even after the Medici family had lost its power, its last heiress Anna Maria Luissa negotiated the famous Patto di Famiglia which kept Uffizi intact and led the way for it to become one of modern history’s first museums where in 1765 it finally opened to the public.

Today the Uffizi has become one of the most popular attractions in Florence, and for good reason. Walking through the ornate halls lined with sculptures and seeing each ceiling painted uniquely was as impressive as the incredible pieces of art lining the walls. One room in particular impressed me as it had four extremely large paintings, my guess is that they covered 800 square feet at least, that still managed incredible detail. It felt like they were telling a story, as they almost certainly were. A better understanding of Italian culture and history would have made the experience more incredible, but regardless the paintings are made with such skill that they impress all the same. The Uffizi was a great first choice to see the art that had marked Florence’s history. 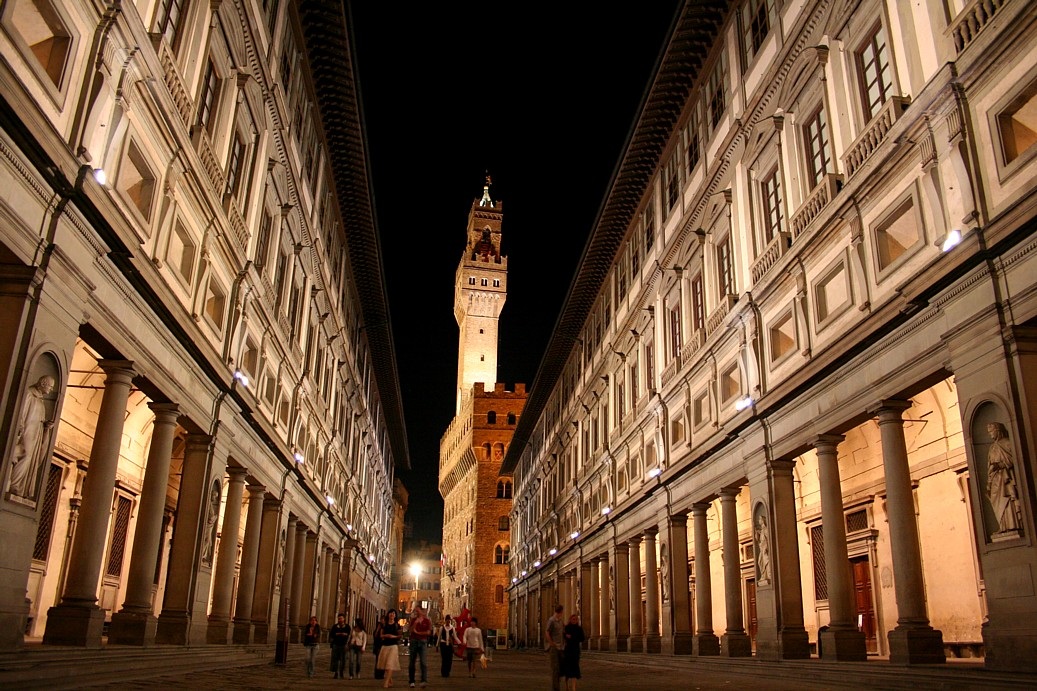