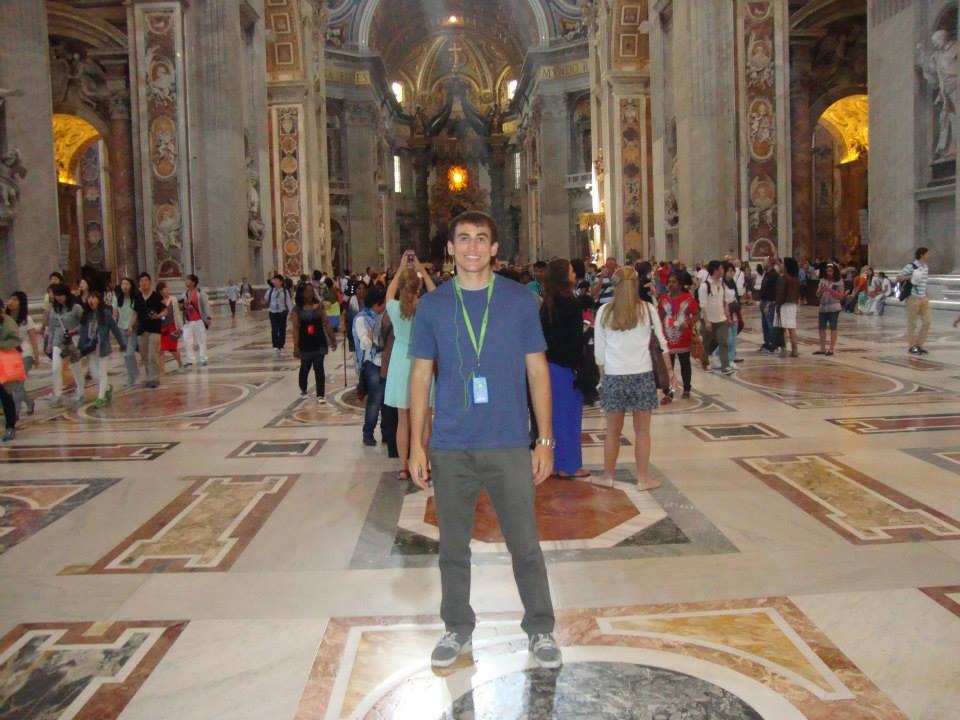 Before coming to Rome the single piece of history I was most looking forward to visiting and seeing in person was the Pantheon. Hailed as the best-preserved piece of ancient Roman architecture, I can see now why even Michelangelo himself felt it was made by angels rather than by man. Everything about the temple impressed and amazed me: the way the dome spiraled up into the sky, the incredible works of art lining the walls, the tombs of famous men from history, and even the giant marble pillars holding the whole thing up. It is all awe inspiring and it is crazy to think that this was a place of worship so many centuries ago.

The name Pantheon comes from the Greek words pan, “everything” and teon “divine.” The temple was built to honor the Roman gods between 27 and 25 BC by consul Agrippa, Prefect of the Emperor Augustus, and over time has been restructured and improved into the building we see today. After suffering some from major fires, it was rebuilt into its current shape by Emperor Hadrian and was considered a masterpiece of the time. Even today it has the largest brick dome in the history of architecture and attracts many tourists each year with its one of a kind splendor.