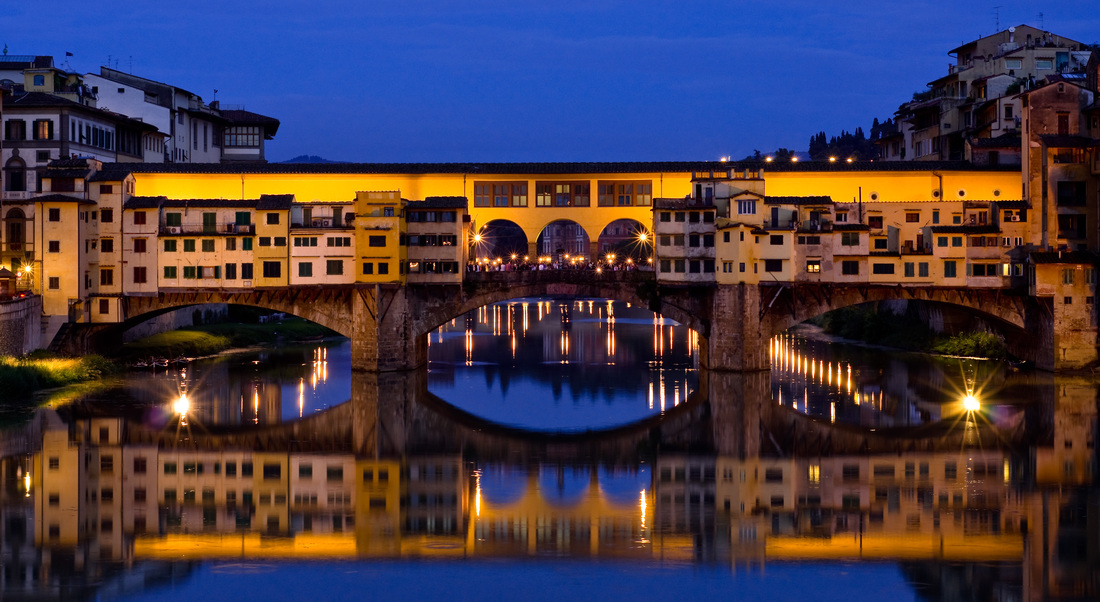 The Ponte Vecchio, or The Old Bridge, dominates the Arno River with its unique history and design. It was originally created some 2000 years ago but the design of the bridge as we see today was finished in the 1200s. It was finished completely in 1345 and served as the main link between the two sides of Florence. Quickly, shops were established on the bridge itself to benefit from its importance and popularity among the denizens and traders. The bridge continued to grow and be a central part of the city; much later it became a center for jewelers and butchers.

Nothing illustrates the importance of the Ponte Vecchio more than what occurred during WW2. Germany was ready to bomb all of Florence, masterpieces and all, but through some bargaining, Florence managed to convince Hitler to leave the Ponte Vecchio untouched despite its importance for transportation. Fast forward to today and it becomes clear how Hitler justified his decision – it’s a powerful sight and a strong symbol for Florence that people all across the world are familiar with. Walking across the bridge was something else; it felt close to the Uffizi and other museums in that I was seeing back in time to the Renaissance.