The last day of my incredible trip to the Amalfi Coast was spent on the Cliffside beach city of Positano. For the first time in weeks we were blessed with great weather and it quickly became the highlight of my time in Europe. Positano was unlike anything I had ever seen before; the water was a deep turquoise, the city seemed vertical as it lined the cliffs, and the beach was filled and fun. When I arrived I swam over to the giant rocks, climbing them then jumping off into the choppy waters. After a few hours I relaxed on a boat ride circling the beach and saw jellyfish and jumped into the water in a beautiful secluded area.

Positano started off as a small fishing village dominated by the Romans. Eventually Positano grew in power until its naval forces were destroyed by the warring state of Pisa. After some time spent rebuilding and a few more conflicts, Positano became part of the Kingdom of Joan II of Naples in 1414. Under this new rule Positano was subject to feudal disputes by wealthy barons until it finally achieved independence in 1699. From then on the city established trade with the Middle East and enjoyed a golden era where many of the baroque houses still lining the streets were built and stands strong today. 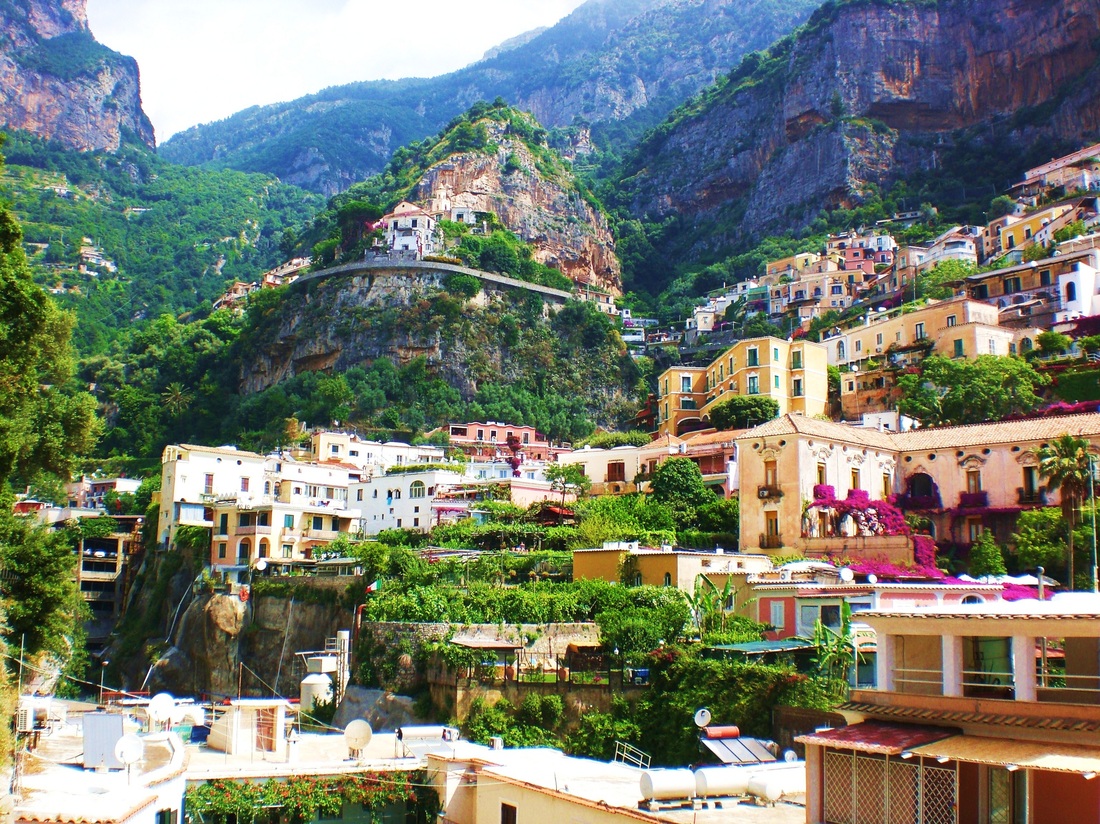