Next up on my trip to Rome was the famous Trevi Fountain. Going into the trip I knew nothing of the fountain but its reputation and its wishes. Throw one coin in over your left shoulder to guarantee your return to the city, two for a new romance with an Italian, and three for marriage or divorce. After being told to watch for gypsies and pickpockets, we crossed into the fountain from a narrow side street and what a view it was. The fountain has put to shame all other fountain’s I had seen before, and many other pieces of art for that matter.

The statue goes back to ancient Roman times. Commissioned by Augustus to provide water for the thermal baths, it was the end point of the Aqua Virgo aqueduct. The name Trevi is derived from the area in which it was built while the other name used for the water, Virgin Waters, traces back to a legend about a young Roman women who showed thirsty Roman soldiers the path to its source. Not until the 18th century did the fountain take on the appearance we see today as Bernini and Nicola Salvi went to work on it. The fountain’s reputation boasts such an impressive reputation that it sees over 3000 euros of coins thrown into it every day. 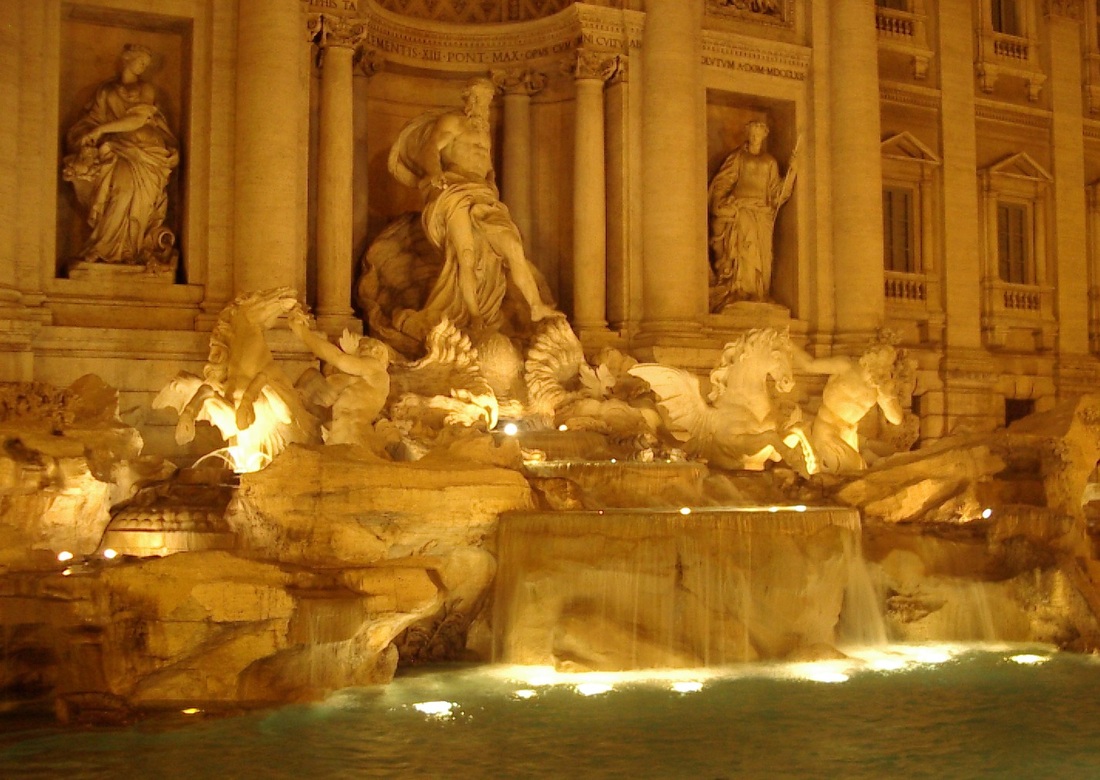