As part of my comparative political cultures class, we visited the grand Palazzo Vecchio. It was constructed back in 1299 to be used as the location for their new government and was finished 23 years later. Originally known as the People’s Palace, it has remained a strong presence for the Florentine government, still housing the office of the mayor. Currently the palace acts as another impressive museum in the Renaissance City; the room that impressed me most was by far the Salone dei Cinquecento. The walls are lined with massive frescos by Giorgio Vasari and his students and the ceiling is covered with gold and paintings detailing Cosimo I’s ascension to power.

Palazzo Vecchio is also host to the “Lost Leonardo” story. Back in 1505 Leonardo painted the Battle of Anghiari using a new technique that employed wax and oil colors. After finishing the painting, the colors started to drip down and he was unable to save the top portion of the painting. Frustrated, he abandoned the project and the painting disappeared in history. Only recently in 2007 did the Florentine government give the green light to analyze the wall behind Battle of Marciano in Val di Chiana using new, non-invasive technology. Results ended up positive for paint behind the wall of the same chemical composition as in the Mona Lisa which leads credibility to the search. Due to concerns over preserving the original fresco, further work has been postponed but there is still excitement and debate over the future. The Palazzo Vecchio is a true wonder with a fascinating history, enforcing Florence’s role as a center of culture in the Western World. 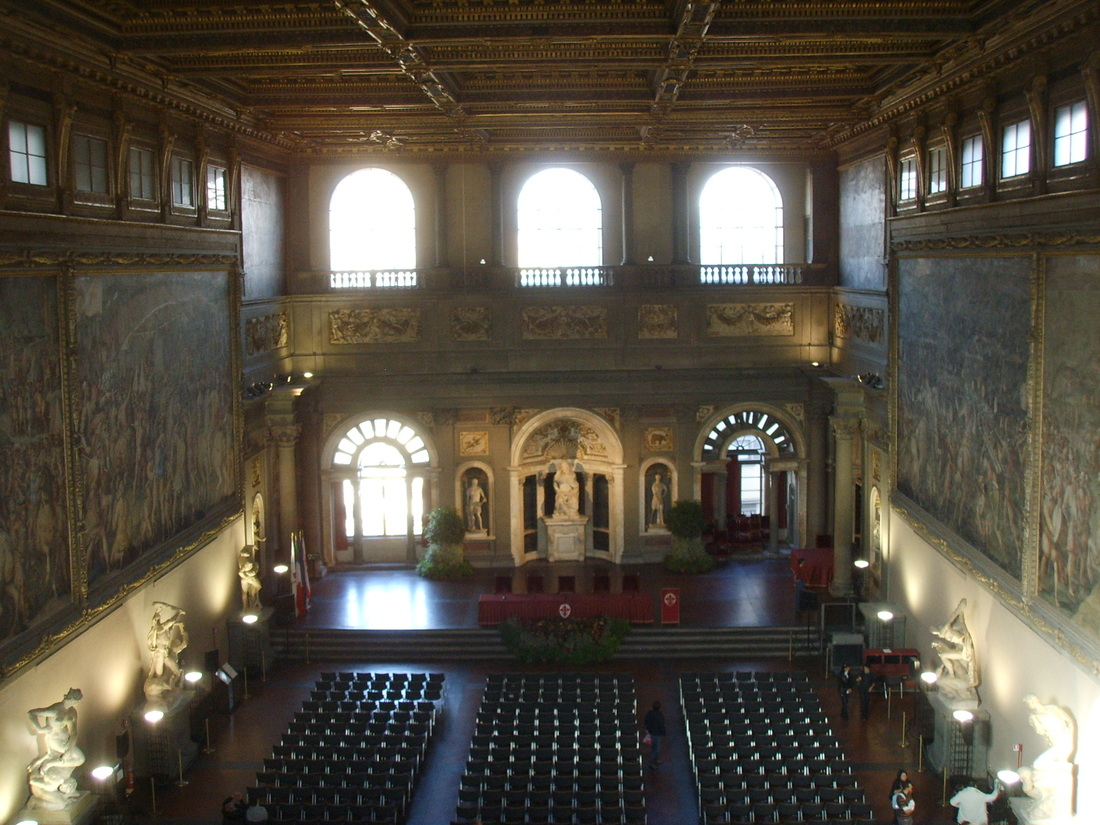